Forms of Realizing the Right to Freedom of Peaceful Assembly

On the basis of the analysis of the current legislation and the current legal doctrine, the author has formulated classification features and has conducted classification of the forms of realizing the right to freedom of peaceful assembly. The classification is based on such features as normative and legal certainty (constitutional, normatively defined forms and others), involvement of participants (internal and external forms), mobility (static and dynamic forms), isolation of participants (closed and open forms), venue (gatherings held indoors or outdoors), sphere of interests’ realization (political, social, economic, cultural, sports, etc.).

It has been summarized that the forms of realizing the right to freedom of peaceful assembly make it possible to understand the purpose pursued by the subject of realizing this right, and the place of holding a peaceful assembly significantly influences the further mechanism of ensuring its realization, since the combination of the form and content of the right to freedom of peaceful assembly makes it possible to understand the true essence of this right, as well as to adjust measures to ensure its realization in order to create optimal conditions not only for the realization of this right, but also to prevent its abuse. Thus, they guarantee the rights, freedoms and interests of the rest of the population. 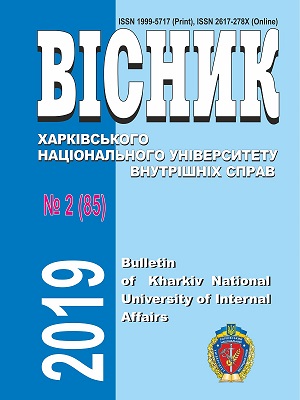